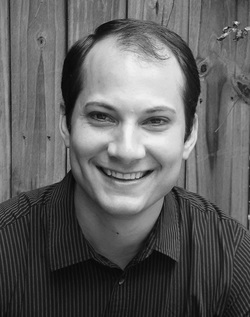 Equally at home on the concert stage and in the classroom, Waco, Texas-based pianist J. BRADLEY BAKER enjoys a versatile career as a soloist, collaborative pianist and vocal coach, and educator.

Baker is the Executive Director and Music Director & Coach for Music On Site, Inc., a performance company that focuses on reaching underserved communities in Central Kansas. Baker has held the role of Head Coach for Wichita Grand Opera, served on the faculty of the Opera Academy of the Midwest, and as vocal coach and répétiteur with Opera Naples (FL), Lawrence Opera Theatre (KS), Natchez Opera (MS), and Opera Birmingham (AL). Baker will serve as a pianist-coach for the Glimmerglass Festival (NY) in Summer 2020. Within academia, Baker was Pianist and Assistant Musical Director for the University of Alabama Opera Theatre, vocal & chamber music coach for University of Texas at Tyler, and vocal coach for Stillman College. He currently works as the pianist, vocal coach, and Music Director for Tabor College Opera. Baker has been on the staff of the Hot Springs Music Festival (AR) and the North American Viola Institute (Quebec). He is currently the orchestral keyboardist of the Wichita Symphony Orchestra (KS).

In addition to being an active performer, Dr. Baker is a passionate arts educator and has held teaching appointments at The University of Alabama, The University of Texas at Tyler, Stillman College, and Judson College. He was most recently Director of Keyboard Studies at Tabor College in Hillsboro, Kansas, where he led a large studio of pianists, teaching Music Theory, directing the Music Preparatory School, and coaching students of the Voice Area. Baker regularly presents master classes and is in demand as a competition adjudicator, including the MTNA Young Artist Competition, Kansas Music Teachers Association State Auditions, and Mississippi State Pre-College Finals. Baker serves as President of the Kansas Music Teachers Association (KMTA).